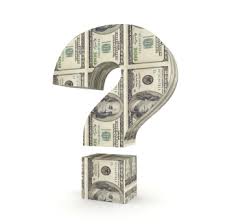 Recently, propane prices have significantly increased, but why are energy prices on the rise just as winter is just beginning to get started?

This winter is being referred to as a polar-vortex. The extreme cold and the snowstorms have made it difficult to replenish stocks throughout the Northeast region, in turn causing propane prices to spike around 50 cents per gallon. Last week propane prices were nationally averaged at $2.86/gallon. This is a 17% from the same period from the year before, yet propane prices are only expected to keep rising for this year’s heating season.

In other words, Governor Kasich’s declaration focuses on expediting propane shipments to help mitigate tight supplies. His declaration permits propane shippers from other states to drive more hours, which will help get propane companies in Ohio resupplied, so Ohioans can stay warm. During this frigid time, Kasich also activated to the state’s national guard to assist residents affected by the shortage.”

Although, Ohio is not the only state to have declared a state of emergency. There are 16 others throughout the United States, hoping that increased hours will mean more shipments, a larger supply, and ultimately a way to keep their residents warm.

With the foot of snow that the entire east coast experienced on January 21st New England and the Mid-Atlantic states are having more trouble than ever receiving propane deliveries by rail. This week temperatures are expected to drop from the east coast reaching to Tennessee. Current prices are only expected to increase as homes use the fuel more quickly during these abnormally cold temperatures.

This year’s short supply stems from crop drying in the Midwest earlier this year when record high corn crops and a rainy season led farmers to use more propane than expected. This simultaneously occurred while the US continued to increase their exports of propane. In fact, the Energy Information Administration estimates that propane supplies have fallen to their lowest level since 1996, yet 14 million families in the US use propane to heat their homes.

Many heating oil companies in the area have started to refuse their customers propane deliveries for certain uses. Decorative fireplaces and tanks that supply energy for cooking are considered luxuries and propane companies are telling their customers that they will only be supplying folks who use propane as their primary heat source. At Great Valley Propane, we have a propane supply that allows us to deliver to our customers, no matter what their propane is used for. We are happy to say that we are getting to each of our customers despite the awful weather and the propane shortage in our area.

How did we do our research on this topic?